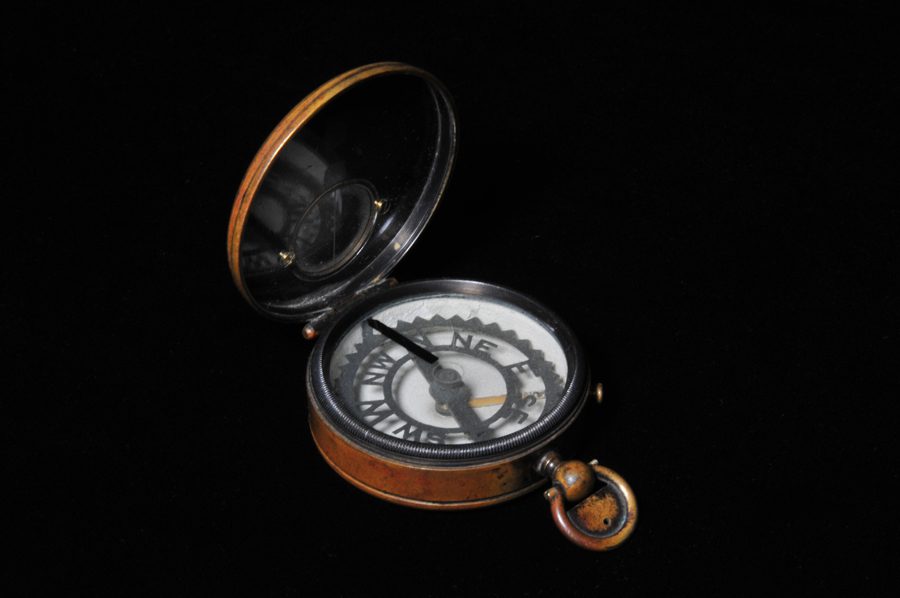 George Nazer was born in the mid 1800’s and established a storefront business in 1870 at 31 Royal Exchange in the heart of London.  He handcrafted clockworks, instruments and jewelry but his specialty was straight razors for men. Early in his career he manufactured a compass and engraved the top surface with his name and address.  This compass was purchased and found its way across the Atlantic to Newcastle, New Brunswick and into the hands of Robert Fairbanks Armstrong.  Robert was a guide and outfitter for fisherman on the Miramichi River on the eastern shores of New Brunswick.  Robert’s daughter, Cannie Fairbanks Armstrong married a local doctor named John Alexander McLean Bell (Alex) and along with the compass, moved to Fredericton, N.B..  Cannie and Alex had a son who they named after his father, John Alexander McLean Bell.  After the passing of Dr. Bell, the compass was passed onto John.  John met and married Adele Taylor and had three daughters.  Their youngest daughter, Cannie Adele Bell was named after John’s mother.  Is the picture getting clearer now?   In 1985, I married Cannie and shortly after John passed away.  Many of his treasured possession were pass on to us including this compass.

Epilogue: It appears that George Nazer was killed in the Second World War and his shop was closed.  The building has since been restored and remains a storefront in the Royal Exchange complex on 31 Threadneedle Street, London.