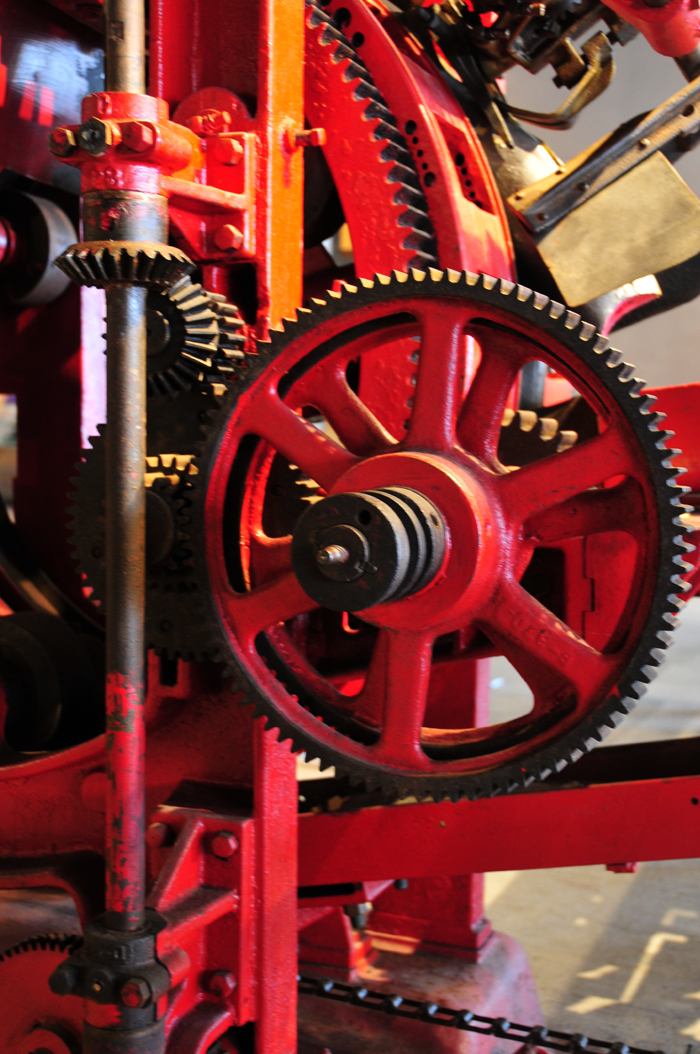 Changing Gears:  In 1905 Edmund Smith patented his fish-cleaning machine.   It became widely known as the ‘Iron Chink’ because it could perform the work of about 30 Chinese salmon butchers.  The Iron Chink was described in the 1907 edition of the Pacific Fisherman as “The Perfect Fish Cleaning Machine.”   The machine dramatically increased the production of the fish canneries but replaced the skillful knife-work of the Chinese butchers who could trim and clean a salmon in only seconds.  This ad appearing in west coast newspapers tells the story of racial injustice and greed. 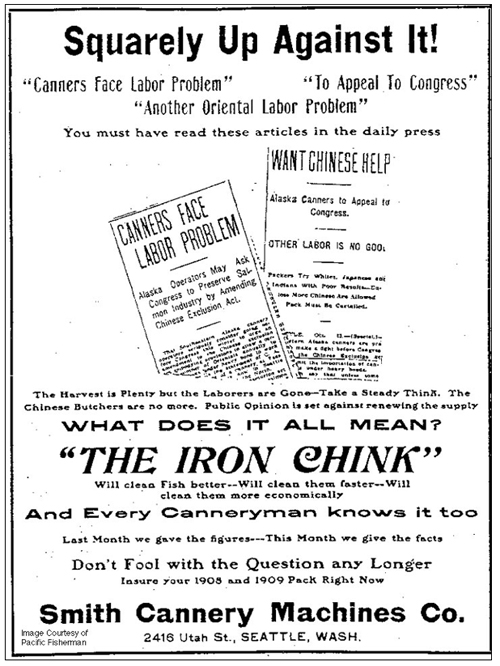