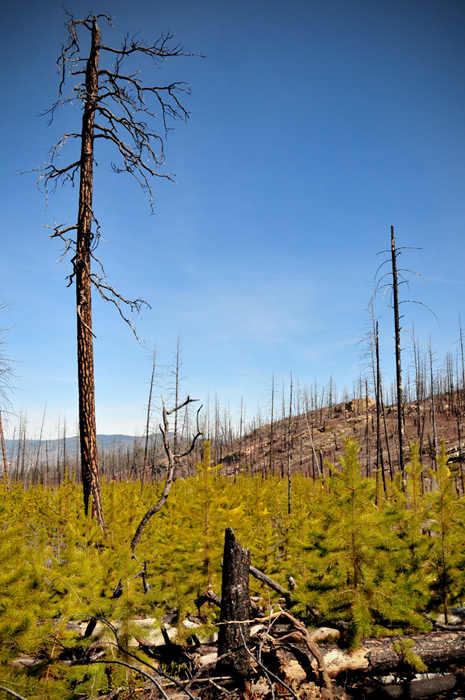 Hard to believe but it’s been 10 years since the big fire in 2003.  During August and September the fire, started by lightning, consumed over 25,000 hectares of forest and park land south and east of the city.  Early this spring we hiked in Myra-Bellevue Provincial Park on Kelowna’s south slopes.  The devastation of the fire is obvious but new growth is springing up covering over the charred remains.